An entry of Longhorn cows with calves at foot from Ian Gregory of Peak Forest saw a top price of £1030 (twice) with another outfit at £1000.

An in calf British Blue cow from S B Mellor & Sons of Bottomhouse sold for £950.

Stock Bulls
Breeding bulls produced a top price of £1320 for a 27 month old Shorthorn from Mr Thornicroft of Gawsworth with a 26 month old Simmental bull from B & G Barlow of Meerbrook at £1120.

Steers
There were 249 steers on offer with some excellent prices achieved seeing a top price of £1435 for a bunch of 5, 20 month old Herefords from PJ & PA Mitchell of Fradswell, with a single 21 month old Hereford steer from D & J Haslem of Marston at £1355 and a single 23 month Hereford from WG & M Myatt of Gratton at £1275.

A pair of Charolais from J & I Knight of Horton at 24 months of age sold for £1305 another pair of 21 month old Charolais steers from T J Hargreaves of Gratton sold for £1265.

A Simmental steer at 16 months of age was well sold at £1175 from J M Robinson of Swythamley.

Overall average achieved for heifers was a pleasing £808.45. 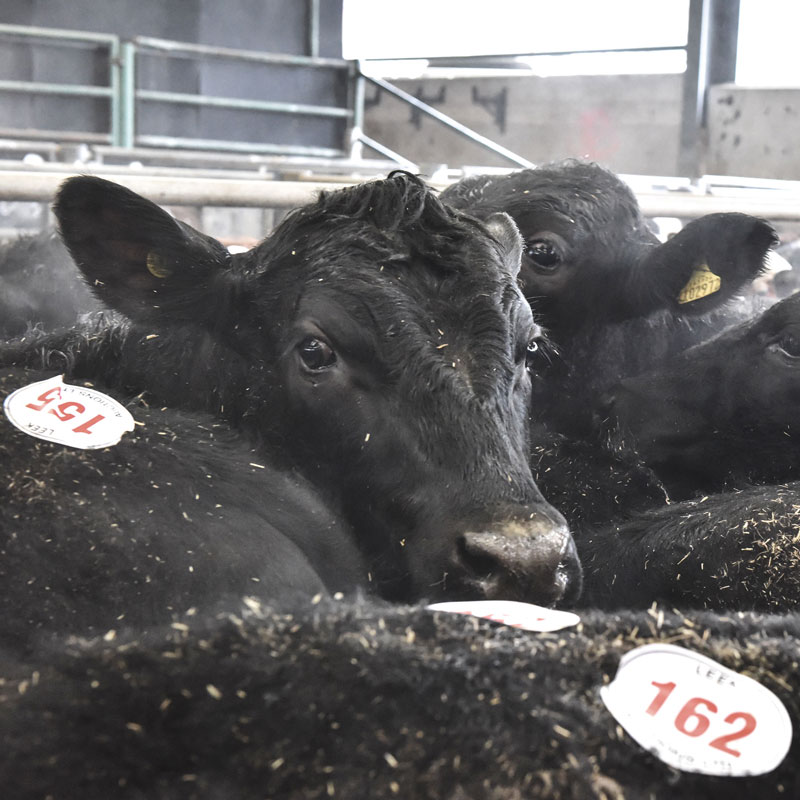 An entry of 421 store and breeding cattle were on offer, a decent entry for the time of the year and a good company of buyers and attendance for all types of cattle.